A GENIUS SIGNS OUT: Oyewusi Ibidapo-Obe 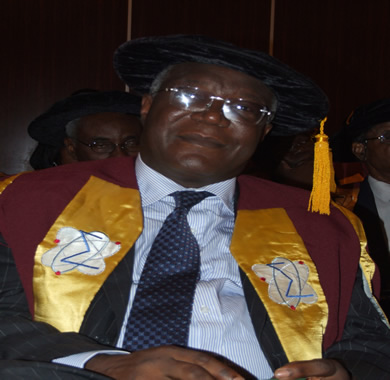 In the past twelve hours, everything stopped.

Diverse posts in the Nigerian Academy of Engineering chatroom, unusually, stopped. Later, calls started tripping in. The pattern was the same as if we were all acting out a script. It was like first greeting me using ‘happy new year’ as scape goat. Then to ask if ‘you heard this ugly story which I cannot believe’. Of course, it was only the first caller that caught me pants down. Every subsequent call lowered my humanity. I checked the veracity of the ugly story from sources that are more credible than me. Same thing. That Oye died (yesterday) dawned on me.

I started praying now that Nigeria should be Nigeria. Nigeria is one place where you can hear that somebody is dead, and it may be untrue. Even when ‘newspapers’ write to say so, you need not believe it. This was one moment that I wanted society to play to type.

Now the posts started coming in, confirming my worst fears.

One final source. The wife. I called. No dice. Nobody ever gives the phone to a latest widow except where she insists, she must make some critical calls. I reached the conclusion and broke down.

But I still did not believe. It was inching towards midnight so i chose to go to bed in the hope that by the time i woke up the whole story, the events including the sleep might all be a record of one long nasty dream. I could not sleep so i did not dream. Now I believe Oye is no more.

Erudite scholar and distinguished Academic, Prof Oyewusi Ibidapo-Obe stopped the race here. God Almighty, please forgive him all his sins and admit him to your approved side of the divide.

Oye and I met at the Yaba bus top where we boarded same taxi to the campus of the University of Lagos in Akoka late September 1968. Our luggage was large, so we paid the full charges for four passengers and had the car to ourselves. Naturally we went talking about our jubilant first day in the university and we recalled our back grounds and imagined what our next life would be on campus. I knew right away I was in the company of a genius and future academic. He appeared a bit bigger but he was only nine days older than me. His education must have run fast.

I was coming in to read the preliminary class to engineering while he was coming into the first year of a course he was yet to put his finger on. He had admission to read mathematics though. For him he could read physics or engineering also, but his brief was that in engineering he might not end up with a first class which he was advised was certain if he read Mathematics or Physics. “Look Titi I must make a first class at the end of this course o”. We hit friendship right away and it lasted till yesterday.

Predictably, Oye took off with a first class in mathematics and flew high and fast through the rungs of the ladder in academics. A Ph.D. in Civil Engineering with specialization in Applied Mechanic/Systems in 1976, both from the University of Waterloo, Ontario, Canada. Vice Chancellor University of Lagos and later pioneer Vice Chancellor, Federal University Ndufu Alike Ikwo Ebonyi State. A Fellow and Past President of the Nigerian Academy of Science as well as a recipient of the distinguished National Honour of Officer of the Federal Republic of Nigeria (OFR).

In the Nigerian Academy of Engineering where we both play now; he chaired the Committee that produced a recent policy advice report on the Ajaokuta steel development effort of the Federal Government. An acknowledgement of the report by the Presidency came in last Friday on December 31, 2020.

As Executive Secretary of the Academy, I am to endorse the acknowledgement to his Committee Members this morning.

But not yet, as I am writing about his passing.
.

“Kings proclaim he was a legend
Their subjects exclaim a colossus he was
Egg heads profess he was an icon
Students propound a hero he was
The old aver he was a sage
The young avow a paragon he was
Even the ocean mutters, ‘Deep”
And the sea whispers. ‘Unfathomable’
The cape is testifying, the coast canvassing
But because he loomed uniquely large among us here
His eyes were vision, his voice was wisdom
An exemplar of excellence and strength
When others truly insist he was an enigma
We say no tag is big enough for his immortal kind”
…First Technical University

4 thoughts on "A GENIUS SIGNS OUT: Oyewusi Ibidapo-Obe"