JIMI SORUNKE: A Nigerian basketball Promise to watch out for in USA 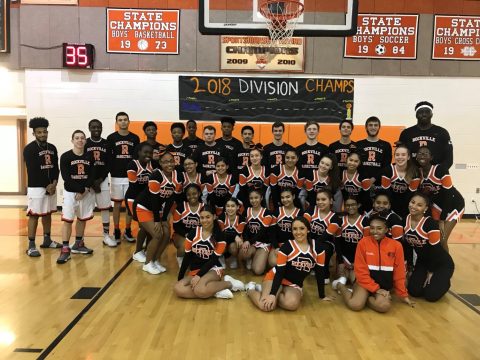 Olujimi Abayomi Sorunke is a Nigerian youth doing great with his basketball skills in the US presently. Having transferred to the US in 2017 to further his education, and his basketball interests, he was enrolled at Rockville High School within the Maryland school system, and was immediately drafted into their basketball programme! In his first year in the school team, Jimi was given the moniker “Cursebreaker” because the school had never qualified for their regional finals since 1978!!!

Over this summer, Jimi played a number of invitational matches in Atlanta, Dallas, and Las Vegas, during which he was able to showcase his skills to a number of college basketball coaches, which resulted in his first offer of college scholarship from Old Dominium University in Virginia in July. Jimi is the son of my brother from another parent, Segun Sorunke (Chief), CEO at Boss Technologies who lead the CyberSchuul Faculty of Consultants from year 2000 to 2010.